Andy Foster started Foster Fitness in January 2017. He provides gym training in a group setting for members and personalised training for individuals. He has steadily built up the business with regular members and high attendance rates. The gym has had a few locations since it started, moving into an office building at Scholefield Road, Seacliff in late 2019.

When Covid19 restrictions came into being in March 2020, Foster Fitness had 40 group class members and several personal training clients.

The roller coaster ride for gyms, personal fitness trainers and exercise classes started in mid-March. The Covid19 pandemic had hit Australia and there was a great deal of uncertainty about how we, and our health systems, would cope. Amongst this backdrop the Government announced recommendations, and finally restrictions, to business practices.

One of Andy’s first changes was to decrease class sizes from 10 to 5. Adding additional evening and Saturday morning classes enabled this to happen. Sanitising handles and gym equipment after each session was introduced. He sent messages to members and clients asking them not come to class if they felt unwell.

As a small group training business, Andy was allowed to remain open if he could comply with the 4m square rule. With a class size of 5 this was well within the guidelines.

Within a space of a week, the guidelines bounced from having to close down, able to remain open but within the 4 square metre rule, to only being allowed to train outdoors, to briefly being able to train indoors again, to then settling on the outdoors rule.

Meanwhile, Andy’s personal life was far from easy. In November 2019 Andy had completed and lodged papers for permanent residency in Australia. He was informed he’d need to wait 6-12 months for the application to be processed. His recent breakup with his long-term partner saw him move into rented accommodation. Just at the time Covid19 hit, he’d received notice that he would need to move out. With two dogs to look after, whom he adored, he was juggling not only business requirements, but trying to sort out his personal life as well.

The only thing Andy owned was a van he’d bought earlier in the year. A van that was very nearly sold in February (Andy had an offer but didn’t accept it due to it being too low) and was currently not drivable due to a motor malfunction.

On Sunday 22 March 2020 Andy had one of his darkest days. On that day his gym closed, he lost his accommodation and with it, his ability to look after his two dogs. In the days that followed, his van was his bedroom and the gym building access to running (cold) water and microwave oven.

A nightshift job stacking shelves was applied for. How to be an Uber driver was being googled. Neither eventuated.

On Wednesday 25 March 2020 Andy sent an open and heartfelt message to his members and clients. He would need to cancel classes while he worked on a plan on how he could continue to train them within the new rules. But the message was more than that. In it he shared that he was no longer with his previous long-term partner, who most members had met at some point in their time with Foster Fitness, that he was unable to look after his dogs and would have to give them away (members were also familiar with his dogs) and that he didn’t have permanent residency and therefore did not qualify for any government assistance or Centrelink help.

As difficult as it was to tell his members, not telling them was not an option. He couldn’t guarantee what was going to happen and sharing this enabled him to be less anxious about what might come to pass.

History will show that an international pandemic gives rise to strange and unusual stories as well as a spirit of generosity from well-wishers and fellow citizens. Maybe the fellow citizens would have been generous anyway, even if a pandemic was not the situation, but the following happened that may in some small part be due to that generosity of spirit that perhaps comes about when we feel like we can, and need, to come together.

One of his dogs found a lovely home due to a client making some enquiries and the other found a safe haven thanks to a friend of Andy’s finding it a home.

Another client offered Andy their granny flat to live in and yet another client handed him an envelope with some cash in it to get by.

Andy was never one to give up on either his clients or his business. Training people outside, within the social distancing and hygiene guidelines was allowed. He didn’t have a local park permit and he’d been knocked back by the management at the rented gym premise to continue to use their courtyard, which was briefly an option for two days.

Other fitness instructors were turning their mind to videos and virtual training, but this was complex and Andy wasn’t ideally set up to offer this. He also felt his tight knit community of members needed more than what online could offer.

And with that bold idea Andy set about fitting out the now working van with weights, step up platforms, fitness balls, trx resistance straps and even the rower machine! The van, with Andy and gym equipment, would travel from one client’s house to the next. 38 times a week the equipment was unloaded, set up for class and then loaded back up again for the next home visit. 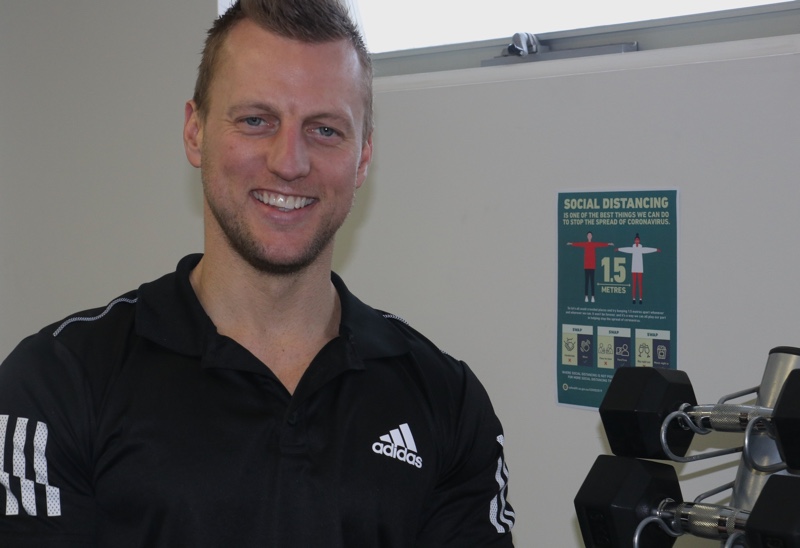 After 7 weeks the restrictions were relaxed and indoor training was again allowed. This time Andy had a little more time to plan the sessions and came up with the novel method of five stations with two exercises per station. Members sanitise the equipment after each station, allowing for a fairly efficient work-out even with the additional hygiene procedures.

Foster Fitness has had a difficult yet remarkable journey through the Covid19 pandemic. Andy’s resilience, innovation and commitment to members and clients has been inspiring. Each change has required Andy to re-design the sessions, plan a new layout for exercise stations and find new ways to accommodate people.

On Wednesday 6 May 2020 Andy received an email from the Australian Government. His application for permanent residency was approved. The thing that he had wished for, for so long, had been granted.

Now that the initial panic from Covid19 has eased, Foster Fitness has retained all but one of its 40 members and personal training clients. For any business to be able to retain its current client base through the myriad of changes is testimony to the commitment of its owner and his excellent customer service.

We live life forwards but only understand it backwards. Living this one forward in the first half of this year was tumultuous and difficult. Looking backwards there was generosity both ways – generosity was both given, and received, by Andy. 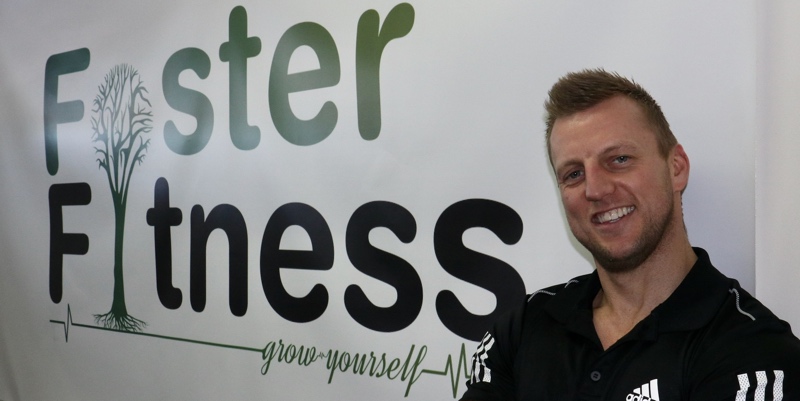